In this episode of my podcast, I share with you some of my favourite diverse reads from 2016 and explain to you what made each book hit the diversity criteria for me. Let me know what you think and if you have read any of these books.

END_OF_DOCUMENT_TOKEN_TO_BE_REPLACED

Hello lovely people! I hope your year has been going great so far; mine has been busy the way it has been for months. I do finish exams in a couple of weeks though, and I’m hoping I can manage being more active on the blog. I was quite disappointed by the end of the year stats; apprently, I’ve only made 24 posts throughout the whole year, and that’s a shame. I’ve read great books (coincidently, 24 as well) and didn’t get the chance to tell you all about them or have anything concrete to remember them by or reference later on. I hope this remorse will fuel my dedication to reviewing throughout the next year, even if I’m busy.

END_OF_DOCUMENT_TOKEN_TO_BE_REPLACED

Memory is a fickle thing. We want to rely on our brains to retain information, occasions, feelings, people and their names and their stories and everything that interaction with the world entails. We drift from one day to the next with words and flickers of images latching onto our mind the way plastic bags cling onto barbered wires. There, but always swaying with the wind, threatening to detach. Some stay and some depart, and there’s no pattern or rule to it. Our emotions deform them and our growth morphs them, and we still find a way to tell the story somehow. Certainty is an illusion because none of our memories are facts. But if we give into that, then how would we ever have anything to dwell on?

END_OF_DOCUMENT_TOKEN_TO_BE_REPLACED 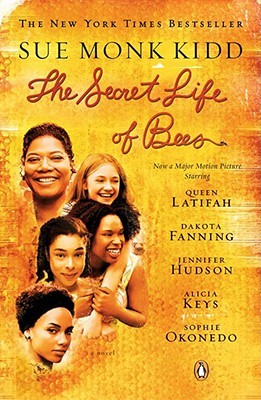 Although I probably shouldn’t be after the day I’ve had, I actually am in the mood for sitting and breaking down my reading experience of a book I’ve finished a few weeks ago. I would’ve written the review right away had I been free enough to do this. But thanks to commuting and headaches that are so closely related to coming back home from uni, I only got to write it now. END_OF_DOCUMENT_TOKEN_TO_BE_REPLACED

I think the theme my literature teacher was going for this last semester was stories that look like something that’s absolutely silly but, in fact, are very deep and depicted different aspects of society without being too blatant. First it was Animal Farm, and now it’s the Importance of Being Earnest.

END_OF_DOCUMENT_TOKEN_TO_BE_REPLACED

Courtesy of my Goodreads account! Look out for my spoiler-packed book discussion that should be coming up very soon! Also, feel free to add me on Goodreads; I would love to see what you’re reading!

Fascinating! Honestly, I’d never heard of this book before I came upon it in the bookstore, and it was love at first sight. I’ve never thought I could read a classic –especially an intricate one as such– in five days, but I don’t think I’ve had much choice in the matter.

Although the book has a wonderful plot, I felt that it revolved more about the characters themselves and their psychology than the plot. The plot only emerges in the beginning and end of the book, but otherwise, the story conducts a psychological study about its characters, allowing us to truly understand the way they view life.

Oscar Wilde has done a marvellous job at showing the trivialities of the age while making the story incredibly profound. It’s his tragic take on satrising the English society of the time, and I think he made every bit of it interesting. It’s wonderful to be able to compare how he’s done this here and how he’s done it in ‘the Importance of Being Earnest’.

The characters are brilliantly constructed and, by the end of the book, you’ll know them well enough to be able to make conjectures regarding how you believe they’ll react to the events. To me, there was this great symbolism in the story. There’s Lord Henry (Harry) who to me, symbolises ‘the devil’, the inner voice that encourages us to try out evil; Basil Hallward who is ‘the angel’ that values beauty and tries to make people cling to the purity of their hearts. He understands how corruption could alter physical beauty and so, he discourages it and tries to separate Dorian and Harry but fails. And then there’s poor Dorian whose vanity leads to his downfall, and whose curiosity for sin makes him a closer friend to Harry than to Basil, reducing his chances at ever abandoning his new lifestyle.

It was really quite an entertaining journey, and the way Oscar Wilde worked with words made it all the more enjoyable. He has this ability to describe feelings -especially fear and regret- in a way that delivers them sincerely to the reader. Throughout the story, I felt that his descriptions were really vivid and awe-inspiring. His description of the portrait brought out its beauty in the beginning in a way that made me admire it, as though I could see it in my head. He did the same with describing how deteriorated and easily instilled fear in me.

And the end was rather perfect.

You probably don’t know much about me yet, but I promise you that this’ll change gradually. One thing you should know about me is that reading is an essential part of my life. Another thing you should know is that sometimes I get distracted and forget to read. Therefore, I decided that keeping the blog updated about my reading activities would help remedy that.