Hello lovely people! I hope your year has been going great so far; mine has been busy the way it has been for months. I do finish exams in a couple of weeks though, and I’m hoping I can manage being more active on the blog. I was quite disappointed by the end of the year stats; apprently, I’ve only made 24 posts throughout the whole year, and that’s a shame. I’ve read great books (coincidently, 24 as well) and didn’t get the chance to tell you all about them or have anything concrete to remember them by or reference later on. I hope this remorse will fuel my dedication to reviewing throughout the next year, even if I’m busy.

END_OF_DOCUMENT_TOKEN_TO_BE_REPLACED

Why, hello, lovely people! I’m back! Well, not that I ever intended to disappear for so long, but life has been a bit of a whirlwind and I’m still struggling to find my way around. But let’s not talk about that. Let’s talk about books, and most specifically, my second shot at Salinger and just Salinger really.

END_OF_DOCUMENT_TOKEN_TO_BE_REPLACED 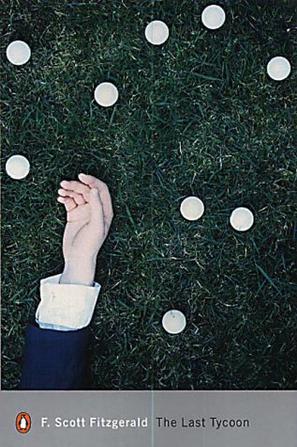 This is the book I chose to read for the Jazz Age January. Big mistake. I probably should’ve gone for This Side of Paradise or something else, but Fitzgerald’s unfinished novel? Oh yeah, I was already 30 pages in and too hooked to the story when I went over the introduction and realised that it’s unfinished. And it isn’t a big mistake because I didn’t like it. It’s because I kind of did and it just stopped midway.

END_OF_DOCUMENT_TOKEN_TO_BE_REPLACED

I have been procrastinating this for days because I didn’t want to procrastinate studying for my midyears. But here I am!

This year, I plan to participate in just 2 challenges this year, and so I can, hopefully, leave some space for several readathons and readalongs throughout it.

END_OF_DOCUMENT_TOKEN_TO_BE_REPLACED 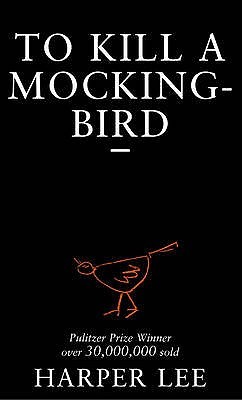 You know when you read a book that lots of other people have read and talked about and you think you’re not going to get it? That’s the feeling I had about to Kill Mocking Bird. Maybe that’s owing to the fact that I picked it up five years ago, read two pages that I got nothing out of so I put it away. Maybe. But you know what? I got it. I loved it even. But probably not enough to write a good review about it. This is the book that I closed and thought, “Oh my God, I can’t wait to read this again.”

END_OF_DOCUMENT_TOKEN_TO_BE_REPLACED

Click on the picture for a full list and to know what all the jazz is about!

Alright; it’s time for anecdote. I think it has been a little over a week since I’ve last posted for the challenge, but hey, I have a reason. After I struggled to write a post for day 10, the internet went off, and then, even though WordPress usually autosaves a draft, the one time I actually needed it, that didn’t happen. So I was like, oh well, whatever, I’ll just go read. And ever since, I have been procrastinating. Now though, let’s put this behind us and kick off this trend once again!

END_OF_DOCUMENT_TOKEN_TO_BE_REPLACED

Hmm… I must declare that I am currently suffering of a book hangover. Not only I can’t move on to another book already, but my head is so boggled up by thoughts about the book and I just can’t straighten them out. I’ve been thinking since last night, since I’ve turned over that final, tiny-fonted page, what I want to write about the second half of the book and the reading experience that has lasted just a little over two weeks as a whole, but I’m not sure I’ve come up with much. So I decided to sit down and just write, that ought to force me to realise the necessity of deciding how I feel about everything.

END_OF_DOCUMENT_TOKEN_TO_BE_REPLACED

(no star rating yet)

I’ve been whining for several months to anyone who would listen about how mortified I was by the size of Gone with the Wind. I’d told my sister to buy it for me even though I hadn’t seen it before. And quite honestly, had I known back then that it’s a 1400+ pages book, I wouldn’t have bought it. Now, I can’t be happier that it happened this way because this book is my newest obsession.

I would first like to clarify that before becoming a part of the blogsphere, I had only heard brief mentions of the musical (or is it a movie?). So, quite frankly, I wasn’t sure at all what I was getting into except for the fact that it was a book that tackled a side of the Civil War. But being a book that exceeds a 1000 pages in length, of course and thankfully enough, that’s not the only thing it’s about. And because it’s such a massive book, my edition having 1,448 pages, I have decided to split up its review in two. I have reached the midpoint of the book and finished 3 parts of it, and this is what I’ll be reviewing for y’all tonight and for the Monster Review-A-Thon.

END_OF_DOCUMENT_TOKEN_TO_BE_REPLACED

Click on the picture for a full list and to know what all the jazz is about!

So clearly I missed yesterday’s post. But in my defense, I had a continuous pounding headache ALL day and I was too immersed in Gone with the Wind to care about anything else. I think that’s an good enough excuse. But let’s go ahead and talk about books because today, I’m bringing out a favourite!

END_OF_DOCUMENT_TOKEN_TO_BE_REPLACED

Do you guys know how long this book has taken me? I started this right before my SAT exam at the beginning of May. Then I realise it wouldn’t help make my style for elegant but rather more casual so I decided to ditch it for a reread of the Great Gatsby. Then school finals happened and I didn’t pick up the book again till the beginning of June. And I just finished it a couple of nights ago and I’m ready to talk about it with y’all right now.

At first, I didn’t think I was going to like the book. Why would I want to read about a guy who whines and complains about everything. But the more I read of it the more I felt like Holden. I began to focus on things the way he does and I found out that I too would be just as bothered. And soon, I began to realise that this stems from my lack of preparation for a massive change in my life. I just wanted to criticise society and the city I just moved to last night and the way people view choice of majors and colleges, hoping that if I point out enough faults in it, I can escape having to deal with it. And I just loved that moment when all of this dawned on me, just because of a book. Just because of Holden.

I honestly don’t know what to say about this book. I mean, all that really happens in the book is that Holden goes around and talks to people and takes walks and ride in cabs. There’s no major plots or anything; just Holden and his wandering thoughts and cutting-edge bitterness. Yet, it’s so much more. Because when you read it carefully and put yourself in Holden’s shoes, all you’ll want to do is cry. Or that’s how it made me feel anyway. Yet I don’t know how to say what I want to say because it would just ruin the story for you if you intend to read it.

Oh yes. Here’s something! I loved the relationship between Holden and his little sister. Not only did it make the story a lot more fun and showed us a brighter and warmer Holden, but it also showed how deeply he wanted to go back to being a child. And I loved how it was her who, in the end, sort of helped him feel a little bit better.

I think all I want to say is that not everyone would like this book. If you’re into the whole stylistic prose thing –which I am, you’d hate it a bit because Holden’s manner of speech can get a bit too repetitive. But if you really focus, you’d see that there’s reason behind the word choice and the style and that this really just lets you into Holden’s world in a way nothing else would. I say you should give it  a shot anyway. I liked it. It’s the book that broke the bad streak of reads I’ve been suffering from and it probably is the one to bring me out this reading slump.

Hope y’all are having  a wonderful summer and good reads.